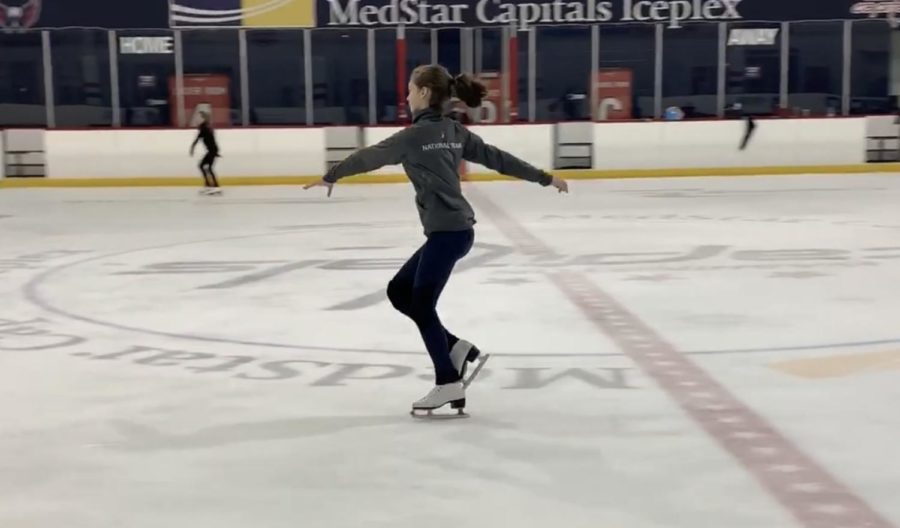 Rinks have long been the center of a culture of abuse.

On December 13, 2021, USA Gymnastics settled with over 500 survivors of Dr. Larry Nassar, agreeing to pay 380 million dollars in total. In 2018, the #MeToo Movement exposed the systemic, generational, and widespread sexual abuse of young gymnasts by Nassar. Hundreds of women and girls, including multiple Olympians, came forward to share their stories of abuse, disguised as a medical procedure, in a Michigan courtroom.

Though this horrific case of sexual abuse came to light, the culture of youth sports is what allowed it to happen in the first place. Congress has tried to prevent more abuse from taking place with the creation of the US Center for SafeSport. However, real change cannot and will not be made until the roots of the problem —the attitude of many coaches, judges, parents, and a lack of education— are addressed. The culture within sports like gymnastics and figure skating is the problem.

Many top athletes in subjective sports begin training at a very young age. The window of opportunity for these sports is very small; most top athletes will peak before they turn 20. Because of this, an athlete’s whole life revolves around their sport and doing anything they can to reach the top starting early, often before they even finish elementary school. A lot of children end up being homeschooled and their training facility is the only environment they are exposed to during the majority of their childhood. Because of this, the only thing these kids know and are familiar with is their sport.

These athletes are not only isolated within their training environment but also willing to sacrifice anything to reach the international and Olympic stage. Speaking from experience, silence and obedience, with little push back, is the expectation to move up. I had an ice dance partner for about five months when I was 12 years old. We were paired up by my long-time coach and the goal was to make it as far as possible. However, my partner and I did not get along and I spoke up and pushed back when I didn’t feel safe. When it came time to break up the partnership and move on, my coach blamed all the issues on me and backed up the boy. Why? Because girls in the sport are disposable whereas boys are hard to come by and even harder to keep. Boys are the ticket to the next level.

In addition to the expectation of blind obedience, many sports have certain expectations and ideas about what makes an athlete “good” or “talented.” Coaches push their athletes to meet these standards and athletes comply. For example, in figure skating, athletes are expected to be very lean and skinny because judges find it more aesthetically pleasing. Judges will often make comments on body image to athletes. Brian Boitano, 1988 Olympic Champion, commented in a New York Times opinion piece, “[i]f judges tell you to lose weight, you don’t have time to figure out how to do it healthily.” Adam Rippon, 2018 Olympic Bronze Medalist, shared in this same piece that at one point he consumed three pieces of bread with fake butter and three cups of coffee with six packets of Splenda each to sustain himself every day.

But, comments go beyond judges. Many coaches make comments, too, and they make them starting at a young age. When he was ten years old, Rippon’s mom was told that Rippon would never succeed because his bottom was too big. Laurie Hernandez, American gymnast and 2016 Olympic Champion, shared in a New York Times interview that she was told starting from a young age that she already had “a boxy body type” and they were “going to have to keep an eye on [her] weight.” Comments like this made Hernandez incredibly insecure and she began binging and purging and wearing two sports bras to flatten her breasts at practice. When she did lose weight, her coach would praise her and she would keep going. The sacrifice of a child’s health will never be worth a gold medal and a few years of fame.

Furthermore, many environments for child athletes are centered around control and obedience no matter what. Athletes are constantly abused mentally, emotionally, and physically for failing. Any weakness or mistake from a child is punished by their coach. Hernandez’s immediate reaction anytime she wasn’t perfect was to tense up in preparation for her coach’s screams. Jessica Yu Shuran, a former Singaporean figure skater who trained in China, alleged in a post on Twitter that she was kicked in the shins by her coach’s toe pick or slapped on the wrist with hard, plastic skate guards if she fell on a jump. I have also found myself anticipating harsh reactions from coaches when a run-through is sloppy or filled with falls, and my coaches were nowhere near as harsh as many top Olympic coaches are. The long-term effects I have felt from fearing my coaches were not worth the short-term success I had in competition. If I could go back, I would have quit sooner and found a healthier dream.

However, the gaslighting culture leads to bigger problems, like sexual abuse. Morgan Cipres, a French Olympic pairs skater, allegedly sent photos of his private parts to a thirteen-year-old girl who practiced at his rink in late 2017. The girl told her coaches who told her that if she wanted any chance at a future in the sport she had to stay quiet. The girl was manipulated by the coaches and told that “men have their needs.” The relationship between athletes and coaches is one of extreme control and manipulation. Coaches will threaten to destroy athletes’ careers and constantly scream at athletes for mistakes out of their control. Many athletes either don’t know what is happening to them is wrong, or know that if they speak out they will destroy their own careers. There is a warrant out for Cipres’ arrest, but he is back in France and the United States does not have an extradition treaty with France.

Abuse continues to happen in many subjective sports because of the toxic culture perpetuated by those in positions of authority. The examples of abuse in subjective youth sports are endless and the list will continue to grow until the issue is addressed on a grassroots level. Every gym, ice rink, swimming pool, and athletic facility needs to be the ones setting and enforcing cultural guidelines. Coaches, judges, and other officials need to hold each other accountable. However, SafeSport will be ineffective until athletes at the top speak out en masse and are listened to. The organizations in power will continue to sweep these issues under the rug. These institutions are fundamentally flawed and built on cracked foundations. The only true fix will come when we tear them down and start over.