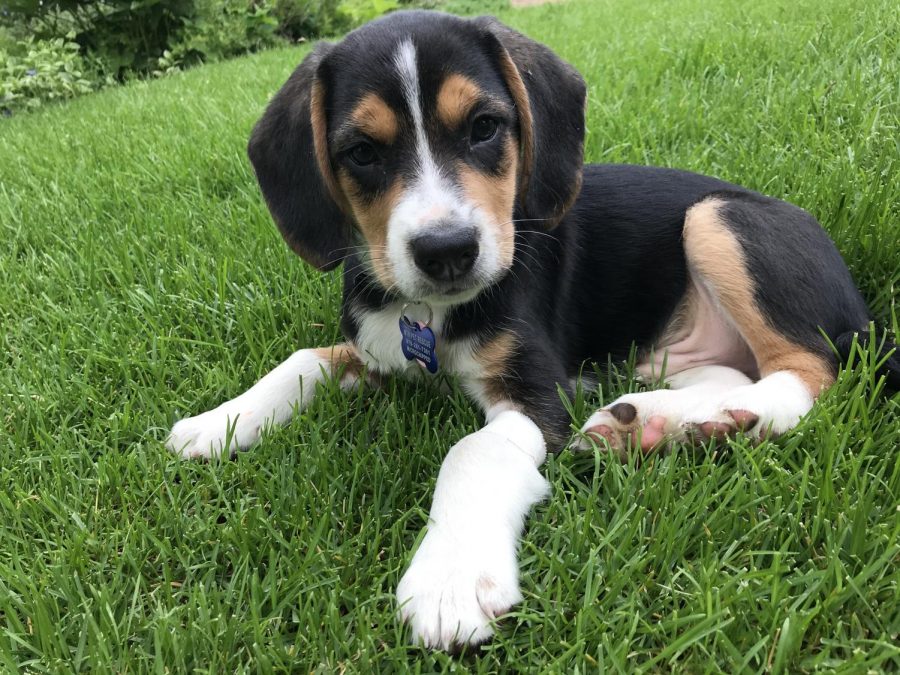 When COVID-19 lockdowns took effect in the spring, many acquired new pets as a way to fill their time.

At the beginning of March, junior Clara Hassan’s family adopted Rosie, a black lab mix. Just a few weeks later, COVID-19 lockdowns took effect in Boulder. “We had no idea that we would be quarantining, so we got super lucky that we got [Rosie] when we did,” Hassan said, adding that having a pet during the pandemic has made her much happier and gets her to spend more time outside than she otherwise would.

Hassan isn’t alone. 87.5 percent of surveyed Boulder High students have adopted (or plan to adopt) a new pet since the onset of COVID-19. From horses to hermit crabs, pets have helped students get through months of limited social interaction and unprecedented amounts of time spent at home.

“I had something to do!” said senior Delaney Helgans, who adopted a horse during lockdown. “I had to train and ride her constantly.”

“Pandemic Pets,” as they’ve come to be known, have been a popular way for many Americans to pass the time during quarantine. Pet-mania surged during the summer to fill the void of canceled plans and by July, pet shelters, breeders, pet stores and non-profit rescue organizations were struggling to keep up with demand. “We went from receiving an average of 10-20 [applications for adoption per week] to receiving 60-70 [or more,]” said Emily Zaeske, who works with Mountain Pet Rescue in Winter Park, Colorado.

Even when pets are available, COVID-19 restrictions can make it hard to complete the adoption process. Paperwork, home visits, reference checks and meet-and-greets are all part of the notoriously lengthy checklist, most of which is now done virtually.

Over a quarter of Boulder High students reported having trouble acquiring their pet, whether it was due to low availability or COVID-19 complications. While some normally wouldn’t think twice about going long distances to acquire their pets, travel restrictions during the height of lockdown made it difficult to do so, making prospective adopters more reliant on regional networks of foster and rescue organizations to get their pets to them.

Pilots N Paws, a 501(c)(3) non-profit that pairs volunteer pilots with animals in need of a lift, has played a crucial role in delivering pets to owners who are unable to get them themselves. Many of these animals—particularly dogs—come from “kill states” such as Texas, Oklahoma and Florida, where shelters euthanize animals if they are deemed “undesirable” for adoption.

“[The demand for pet transport] was so insane,” said Glenn Pagano, a civilian pilot in New Jersey who volunteers for Pilots N Paws’ northeast region. Having been a pilot for years, Pagano became involved with Pilots N Paws after seeing it on social media. “You’re just burning holes in the sky [when you’re flying recreationally, but] if you can fly and help a dog out…that is even better. The feeling you have? You can’t even put words to it.”

While pets and their adoptive owners are very grateful for the transport provided by Pilots N Paws, Pagano said that it’s mutually beneficial. “You’ve got all these private pilots who are also on quarantine or lockdown or whatever, but [flying is] our avenue of escape and it wasn’t prohibited,” he said. “Instead of sitting in fear watching CNN telling you the world’s gonna come to an end in a month, you’re like “okay, let me step outside into the real world and let’s do something good.” It’s an adventure for everybody.”

Pilots were so eager to volunteer their time and break the monotony of lockdown that Pagano had a hard time finding empty slots to sign up for. “I couldn’t even get on one of [those] flights if I wanted to!” he joked, adding: “It was a lot of fun, though.” And, Pagano said, demand hasn’t slowed down at all. “Pilots are still stepping up right and left.”

Pagano recounted a few of his favorite flights, including Pumpkin the dog, who was flown from a kill shelter in Illinois to her new family in New York just before Christmas in 2019. “That was a great Christmas present for everybody. That dog is doing great. I still get updates and pictures from her mom,” he said. But the dog that really sticks out in his mind is Ellie, a pit bull mastiff. Her kill shelter gave Pilots N Paws just a few days’ notice before she was scheduled to be euthanized, but Pagano picked her up just in time. “Ellie jumped right up on the wing and went right in the back like she was going to a first-class seat,” he said. While most dogs are quickly lulled to sleep by the whirring of the plane’s engine, Ellie spent the whole flight taking in the view. “It was great. Every time I looked back there, she was just looking down at the landscape.”

Surely the increase in flight demand will result in even more fond memories for pilots and pet parents alike. “Everyone comes with a unique personality, something that you laugh at,” said Pagano. “It’s all for the dogs and it’s all for making the world a better place.”

Despite the hoops some have to jump through to adopt the pet of their dreams, everyone seems to agree that their new friends have been a bright spot in the monotony of the last few months. “I am way happier [because of Nora,]” freshman Anika Neu said of her German shepherd/golden retriever mix. While dogs are the most common pandemic pet, some Boulder High students opted for animals that require less attention. Bianca Iannetta, a sophomore, acquired hermit crabs Martha, Alex and Brooke. While she enjoys watching them traverse the structures in their habitats, the crabs’ true value has been in their flawless demonstration of how to thrive in isolation. As Iannetta said, “My hermit crabs have been amazing role models as I become a hermit myself.”

Whether they’re relying on volunteers to fly their dog across the country or picking up animals from a local shelter, pets have helped millions of Americans get through the pandemic. Their presence adds some happiness to an otherwise anxious year, making them, perhaps, the most positive result of COVID-19.