First Week Back at BHS 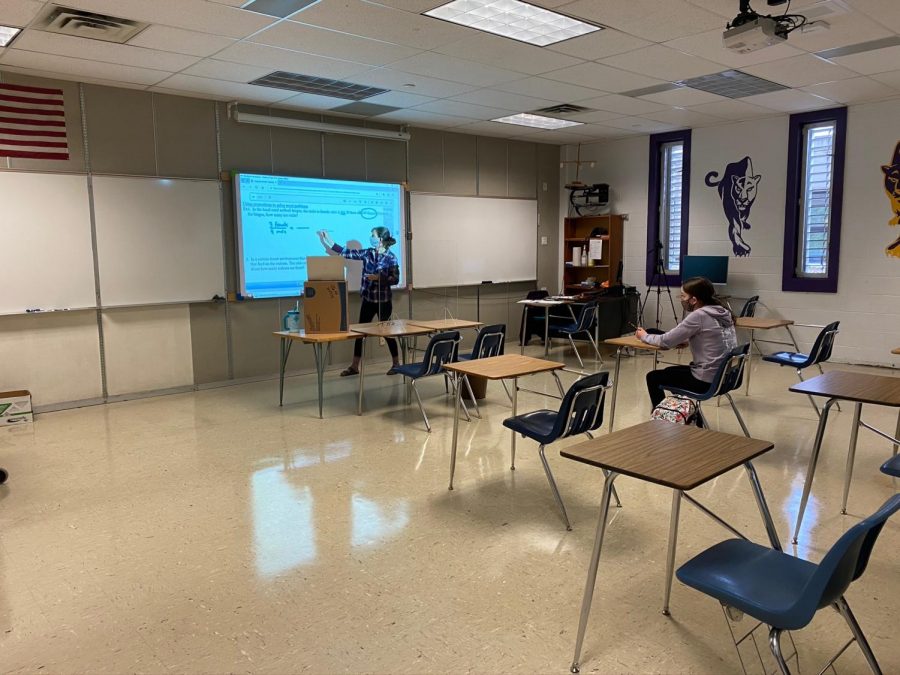 The return to in-person learning has many people asking what school will look like now and if going back is really even worth it. Beginning this week, freshmen were back in the walls of Boulder High, meeting teachers for the first time face to face, and we got the inside scoop on whether returning is going to be beneficial or not.

Many students, teachers and parents had concerns about returning to in-person classes. In previous years, the hallway intersection between the history and science wing has been referred to as the “fishbowl,” and the math wing entrance has created a traffic jam as bad as a three-car pile-up on I-70. Many, with good reason, questioned how Boulder High would implement safe social distancing. While Phase 2+ has eliminated much of the physical interaction among students—with each student only going in once per week—it has caused others to question if it is worth the risk of transmission for such limited in-person learning.

With a pessimistic outlook, we originally intended this article to critique the return to school. However, after conducting interviews with freshmen in the building, we learned that few share our views, and most believe Phase 2 + will have a positive impact.

Among those interviewed, it was unanimous that online learning did not foster friendships or strong teachers’ relationships. Freshmen  Thatcher Fountain said it best: “I’ve met no one.” One of the few outlets freshmen had to make new friends then were athletics and clubs. Unfortunately, many clubs have been canceled and many sports postponed. Freshmen Rafe Henderson explained how he planned to try out for the soccer team but could not with the cancelation of the fall season. However, both students are optimistic that returning to in-person learning will allow them to make more friends beyond those they know from middle school.

As the transition from middle to high school is usually difficult for some students, the online format has only heightened this. Fountain says that “[he] hate[s] it, can’t focus and [knows] it’s only supposed to get harder.” Another freshman, Anya Hoth, explained that “it’s been hard online with everyone having their cameras off and no one really paying attention.”

Even from their first day back, these students already see the positive impacts in-person learning has on classroom engagement. Fountain described his first period class of Government as “more interactive than being online because when you’re online, you can just sit there with your camera off, but when you’re in person, you actually have to participate.”

There is also greater engagement outside of the classroom during lunch and off periods. Of course, all the necessary precautions are being taken. Sanitizing stations are set up in all wings of the school. Across the building, hallways have been separated into traffic lanes with arrows pointing which direction to travel. Desks have been spaced apart to allow for social distancing, tables in the cafeteria and library only allow a max of two people to sit.

Unfortunately, the collaboration between peers is not a norm for all students— some classes only have one student in the classroom. Teachers also have to balance teaching online and in-person simultaneously, possibly reducing the effectiveness of both formats. Some upperclassmen may not be as enthused with the new in-person format, as they have seen Boulder High at full capacity and know what a real high school experience should be. This begs the question of if the return to in person will be a futile endeavor. Hopefully not, as the first week of school for freshmen shows how this new level of interaction is beneficial to the majority of the Boulder High community.