Fairview Musical: Where the Rivalry Unravels 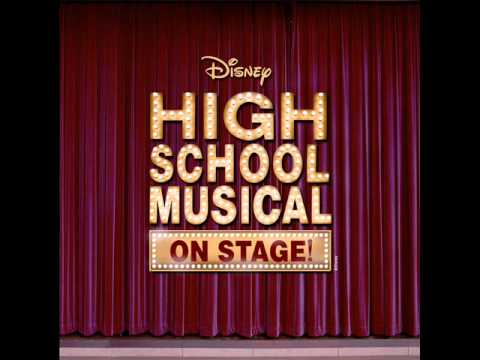 A large amount of Boulder High students have been programmed to compete with Fairview since they walked into this school as a freshman, with the “Beat Fairview” magnets plastered around the school contributing to the sense of constant rivalry between the two schools. The tension between BHS and FHS may be strong when it comes to sports; however, this is generally not the case for their respective music and theater departments. I love seeing Fairview display their musical talents. Earlier this year, I went to Fairview for BVSD Honor Choir, where choir students from Fairview, Monarch and Broomfield performed alongside us. Students who are part of the programs from each school tend to support each other through and through, and this was recently demonstrated during the run of Fairview’s fall musical, High School Musical.

On Nov. 16, I attended High School Musical along with some friends I have made through Boulder High’s theater department, Troupe 60. We were all amazed by the amount of talent every student in this show holds. It was a fantastic experience, and it provided an opportunity to meet new people from all around the Boulder area who have the same passion as I do.

I believe that even though having a rival school is a tradition for most high schools, and even though some students enjoy having one, it is vital to break down that wall when it comes to the arts. This will build a stronger community that is beneficial to both schools. I asked some of my friends about how they feel about this rivalry and if they too think it should break when it comes to the arts.

When asked why she thought it was important to support Fairview when it comes to theater and music, Risa Jones, a senior, said that “it builds a community in Boulder that makes people comfortable doing theater and music, and it encourages students to pursue their passions in those areas.” Ella Blankinship, a junior, voiced her opinion as well, saying, “I think it’s truly important to support Fairview (and any other schools for that matter) in the arts because the arts are an under-appreciated part of our society. By building a community at other schools and supporting them at their shows, we can bridge that gap between the rivalry that is particularly present in sports.”

I also wondered if they consider these same reasons when it comes to sports and other activities that happen between BHS and FHS. Jones had this to say: “I do, as I think it’s important to encourage people to do what they love, regardless of where they go to school.” Isabel Oliver, a junior, however, thought differently: “No, because sports, while more accepted and supported in society, are way more annoying to watch, and the community isn’t the same. Plus with events such as Pops (a Fairview choir event) and the musical take so much effort to put on.”

The last question I asked was if they think students at both schools who are not a part of the music or theater programs should support the other school’s shows. Blankinship believes that “it’s so important when forming a community that we support each other in shows. Even if students are not involved in these departments, if they enjoy watching musicals, they should go! I have seen their shows every year, and it’s one of the highlights of my year. It’s so fun to be able to celebrate them when we can, since I know I don’t see many of those people very often.” Oliver said that she thinks “it’s based on your interest in theater and music. If you don’t want to watch a musical, then students don’t need to go,” however, their support is still appreciated. Jones said that “going to see shows is super fun and a great way to build community. For kids who do theater and music, having people come out to support their shows and concerts makes it more fun and also a more valuable experience for those students. Performances for kids in theater and music are the equivalent of games for kids who play sports.”

If you have enjoyed Boulder High’s previous musicals and theater events, you should consider supporting Fairview’s next show. By supporting their events, we can bridge the gap between the two schools that have been made primarily through sports.