The Importance of Consistency: Snow Days 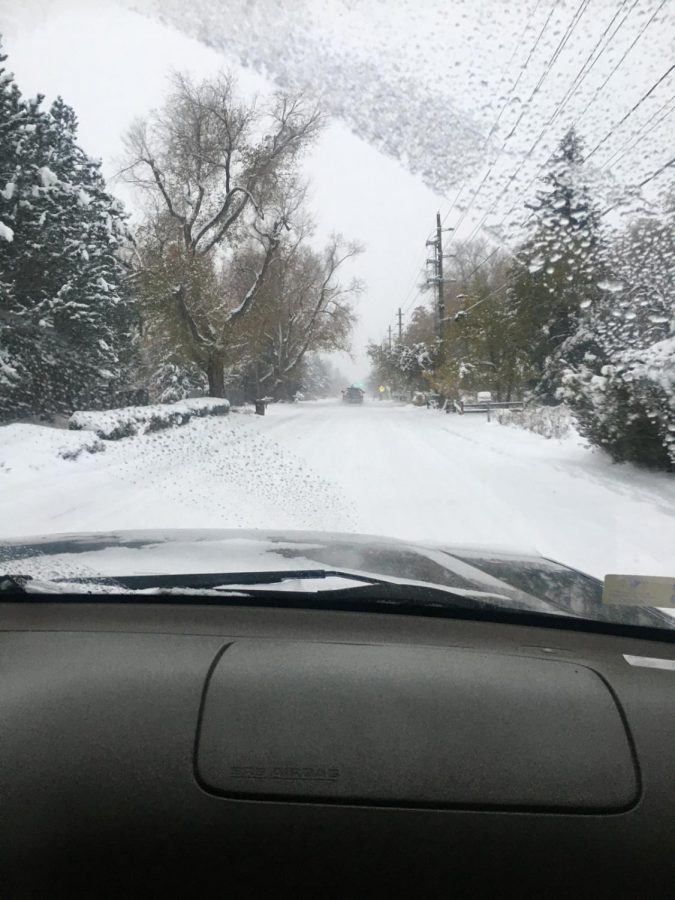 This morning on Tuesday, October 29th as I woke up to my alarm at 6:45 am, I knew in my heart that we wouldn’t have a snow day. I was pretty certain we wouldn’t have another delayed start, either. I had heard that it wasn’t going to snow too much overnight, so I wasn’t surprised when there was no announcement on the BVSD website. I was sure that the city had everything plowed and sanded, so getting to school would be no problem.

Today, I was shocked when I pulled out of my driveway. I live on 19th Street, just two blocks away from Centennial Middle School. A few streets north is Crest View Elementary. About a mile away is Columbine Elementary. Three BVSD schools off of one road which was not plowed this morning, creating hazardous conditions for commuting students.

Even though the road conditions were bad, I wasn’t too concerned. I drive a 2000 Land Cruiser, so I have four-wheel-drive and great traction. But not everyone has the luxury of driving a car that’s good in the snow. On my way to school today, at about 7:40 am, I was driving behind a Honda Fit. Near Whittier Elementary, yet another BVSD school along my route, the driver tried to turn and lost control, spinning twice before coming to a stop. The woman operating the vehicle looked terrified.

Once again, this is happening directly next to a BVSD school, very close to the start time of 8:30 am.

Yesterday, when I drove to school two hours later than usual due to the delayed start, the roads weren’t great, but they were plowed, sanded, and significantly more safe. While I wasn’t stoked about making the trek to Boulder High, I thought it was reasonable to expect everyone to make their commute with the road conditions.

I understand that BVSD doesn’t want to call off school without truly dangerous conditions. When there’s no school, some parents are faced without childcare options. Some kids lose their breakfast and lunch. We shouldn’t cancel without having a good reason.

That being said, if schools decide to run on a normal schedule and several inches of snow have fallen overnight, it is essential that the road conditions be safe for everyone to get to school. I don’t think they were this morning, and my peers and several of my teachers agree with me. I know this is no easy decision to make, but we shouldn’t be sending kids to school on unplowed roads. Young drivers shouldn’t be navigating their Honda Civics through excessive amounts of snow and ice.

Furthermore, our standards should be consistent. If yesterday’s weather constituted a delayed start, today’s should have warranted that at the very least. As I said before, it’s no easy decision to cancel school, but we shouldn’t let it go on without ensuring everyone’s safety.